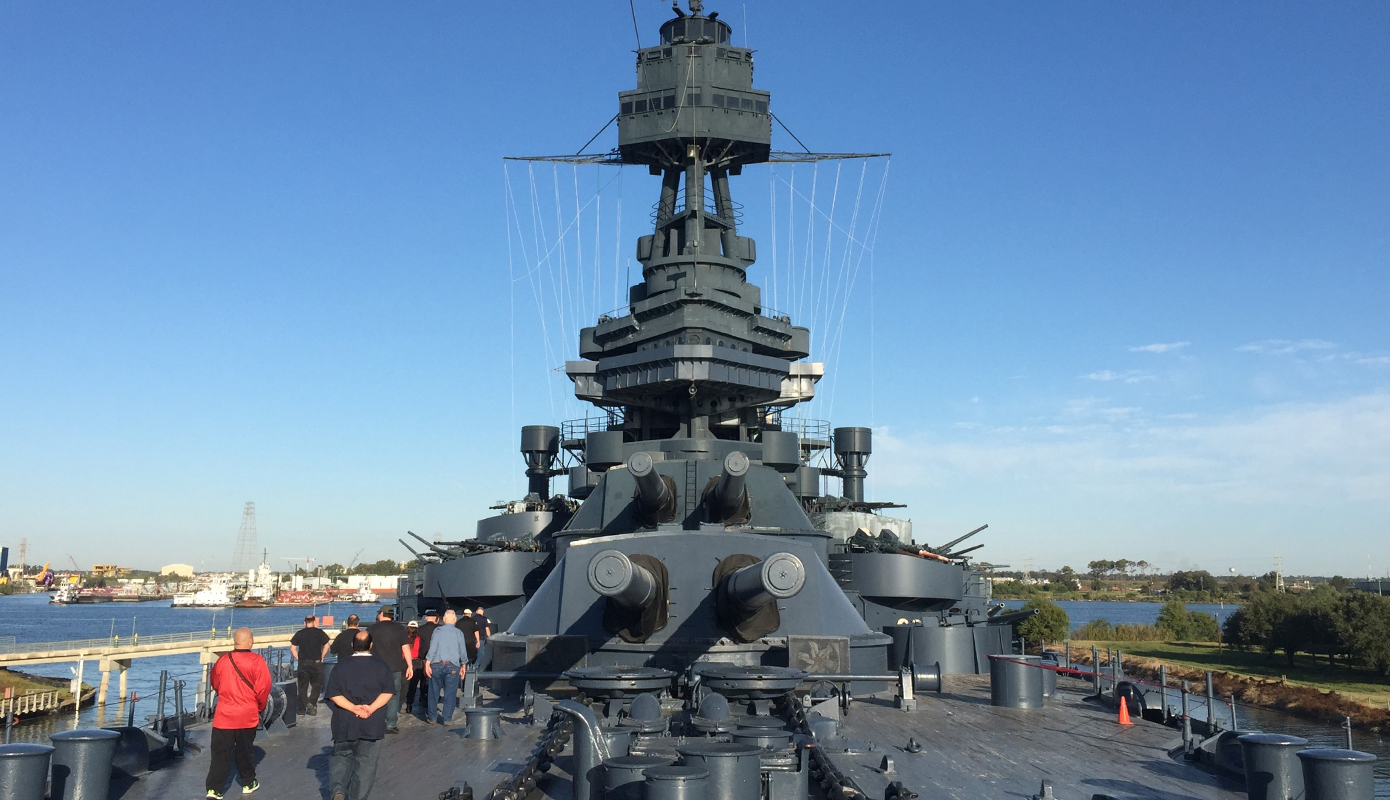 Almost everyone now believes that the permanent solution to the collapsing hull of the Battleship Texas is to take the ship to land. The Battleship Texas Foundation has been pushing tirelessly to see that this project becomes a success. Recently, a congressman is pushing for the amendment of the National Defense Authorization Act to provide federal funding to save the sinking battleship.

The Naval S Systems Command and the Texas Parks and Wildlife in a bid to update all and sundry on the progress made so far on the Battleship Texas Dry Berth Project organized an open house which was hosted at the San Jacinto Monument.

It was an open section that gave those in attendance the opportunity to ask questions and have the experts including the project manager, Neil Thomas answer.

The high point of the meeting was the presentation of five conceptual designs for the dry berth project. The designs included the structural modifications that would be made to the ship and the topographical modifications as well.

Also, it is impossible to fix the collapsing hull while the ship sits on the water, therefore, temporary patches have to be provided.

According to Thomas, if the designs pass an environmental assessment, they will be made public for comments and suggestions.

The Status Of The Dry Berth Project

The status of the dry berth project remains hazy. By the fall of 2017, a lot of projections were made regarding the possible future of the Texas BB-35.

However, none of these targets have been met because of lack of funds. According to the Texas Park and Wildlife Department (TPWD), the provision of emergency power and additional power is most critical pending when the funding will be available for a dry berth.

This is because the pumps are needed to keep water out of the ship.

As long as Battleship Texas continues to sit in the water, TPWD has nothing to do but to brace up for more repairs because the corrosion will continue.

The first round of critical repairs began in 2013. By 2015, the ship was in another row of repairs.

While the first repair targeted critical components of the internal structure, the second addressed critical structures identified in 2012 which were not executed in the first due to lack of fund.